Skip to content
Home About Us From the Director 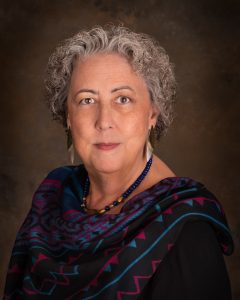 Now, more than ever before, Paganism and the many forms of earth-centered spirituality have become the threshold over which increasing numbers step, seeking what is both within and without, both healing and celebration, profane and divine.

Some see the growth of Paganism as hope for the earth, herself.  Many look to the eclectic and diverse nature of Paganism as a positive model for the burgeoning globalization of society.

Whatever we seek as spiritual sojourners, we are all still human — we need solace during life’s painful transitions, community support when we answer the call to effect social change, assistance with crisis, companionship as we pursue the path of transformation.  And we are the most curious of creatures on the planet, ever and always wanting to know more, understand better, see further.

March 2017 marked the 10th anniversary of Cherry Hill Seminary as a public nonprofit educational institution (and going on twenty years since our founding as a private teaching effort).   It has been my honor to serve as director since January 2008.  Like a garden, we have flourished in the fertile soil found among those who hunger for knowledge. Like most gardens, it is all that we can do to keep up with the rich and abundant harvest, as well as the weeds.   Even in the midst of a historic economic recession, registrations for courses have doubled in the past two years, more than thirty individuals have been interviewed and admitted to a master’s degree program, and we move steadily forward in our march to apply for accreditation.

Nowhere else can one find Cherry Hill Seminary’s unique blend of reasoned inquiry, educational resources and nurturing relationships in a learning community. Meanwhile, the Pagan world has also changed.  Sociologist Helen Berger (Voices From the Pagan Census) noted in her address to the American Academy of Religion in 2011 that “the number of Pagans who claim to practice alone has grown from 51% to 79% . . . However, the desire for individuals to practice together and to get together for spiritual purposes suggests that they may grow in import as they help to organize gatherings, rituals, and classes. Paganism will continue to provide a new image of what religion can be in a postmodern world . . .”

The Cherry Hill Seminary community is poised to address the needs presented by these changes.  We have assembled the finest faculty available, followed closely by the caliber of our students.  We are proud of exciting developments in our programming — conferences designed for leaders in local communities, a new cutting-edge academic symposium, one-time topical lectures, a print course designed for incarcerated Pagans, and a new and improved online classroom interface.

Finally, you are invited to be part of this dynamic learning community, as a student, as a volunteer, as a member of The Hypatia Society, or in a way we’ve not yet thought of.  In your own way, be part of Cherry Hill Seminary as we step across our own threshold of change.