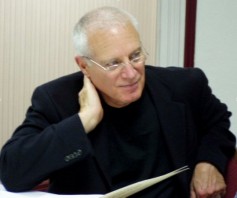 Michael York, Ph.D., has been awarded Professor Emeritus status by Cherry Hill Seminary in recognition of his long years of service to the Seminary, and to all in our Seminary family.  Following are comments shared by students and faculty:

Dr. Michael York is one of those rare academics in whom the spirit of Sophia burns so brightly that the spark of it is, for a student, both contagiously inspiring and formidably challenging.  I was fortunate to study Paganism as a World Religion with him at CHS, a course in which he was able to demonstrate not only the breadth of his knowledge of religion, but also to reveal tantalizing glimpses of insight into religion’s window on the human condition.  For me, the real jewel of an educational journey is to work with individuals such as Michael York, in whom a great mind is inspired by a great heart, and the encounter becomes a gift to both the student and the teacher. — Valerie Hahn 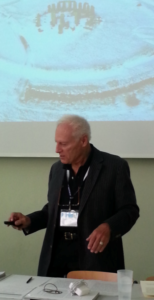 It is rare in life to encounter a teacher with the combination of outstanding qualities possessed by Professor Michael York. Participating in his class was like being led on a fantastic journey of intrigue and discovery. He brought his students to the subject matter with gentleness and care, and then allowed us interact with it, to explore its possibilities as a living body of knowledge. Rather than narrowing the field into a set of ‘correct’ answers, Michael challenged me to look deeper, to see beyond my own ideology, and to find my own answers and lines of inquiry. His commitment to interfaith dialogue instilled in me new ways to regard the colorful and cacophonous world of religion. This commitment was woven into the encyclopedic content of his exceptional writing, the reading of which was like a conversation with an old friend. Michael is an inspired teacher and writer, and as such has inspired new directions in my academic pursuits and self-discovery. — Strobus White

Michael’s work has made a major impact on the Academy. His was one of the first PhDs in the world to examine the phenomenon of Paganism through the academic lens of sociology of religion. Few academic successors fail to cite his book The Emerging Network. Through his teaching and research he has continued to make an important impact on the development of Pagan Studies as an academic discipline. Michael’s were some of the first academic conferences in Europe to focus on contemporary Paganism. This academic recognition proved an important step in integrating Paganism into the religious spectrum of Western societies. From our time together as members of the Faculty of Theology and Religious Studies at King’s College, University of London, until now at Cherry Hill Seminary, Michael has been an esteemed colleague and a valued friend. — Vivianne Crowley 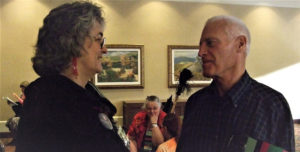 Michael is such an amazing person! Not only is he one of the most excellent professors I have ever had, but he also genuinely cares about his students. During his courses he always treated us as his colleagues in Paganism, guiding us to increase our knowledge around his subject matter expertise. I loved having Michael as a professor and continue as a friend and role model. — Jae Osenbach 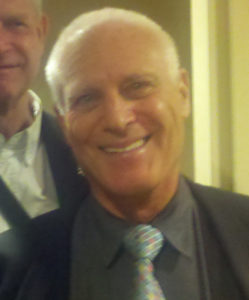 Michael York was a core member of the group that brought Pagan studies into the academy, contributing to the ten-year process that led to the creation of the Contemporary Pagan Studies unit within the American Academy of Religion as well as supporting Pagan studies in the UK. His 2003 book Pagan Theology (New York University Press) was ground-breaking, and he continued to write and publish on ethics and mysticism as well, not to mention teaching students who have gone make an impression in these areas. — Chas Clifton

Michael’s book, Pagan Theology: Paganism as a World Religion, was my first introduction into paganism. (I use the small “p” rather than the large “P” in tribute to Michael!) Truthfully I had never considered the idea of world religion as regards those traditions finding a place under paganism’s expansive umbrella. As a student, I deeply appreciate his wit and dry humor, especially when he shares the most amazing stories and experiences. These have a way of bringing home the humanity of our sometimes widely disparate cultural ideas. I thank you for being my teacher.”— Cynthia Cebuhar

“Studying with Michael finally gave me the opportunity to examine other religions in depth and compare them to Paganism. Not only do I better understand my own practice but I feel I’m better equipped to answer questions from others about Paganism. Whether as a future chaplain or just in my daily life, it’s important for me to more confidently engage with people as a Pagan, and Michael’s classes and scholarship have enabled me to do that.”—Wes Isley